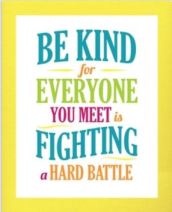 In my last post, I said I was taking a break… before it dawned on me that this Sunday is Mother’s Day and I have entirely TOO MUCH to say about women breadwinners and Mother’s Day.

So… how is it possible that Mother’s Day could hurt?

It’s a happy, joyous day honoring the women who gave ups life and the mothers we’ve become.  Until I experienced it in my own life, I never knew that Mother’s Day could hurt.  I had my first child right after Mother’s Day and, up until that point, my idea of a hurtful Mother’s Day was my baby not being born in enough time for me to celebrate my first Mother’s Day ever.  Oh what it is to be young and naïve…

Fast forward ten years and you have the first Mother’s Day I spent without my children.  It had been a previous year of drama, child custody battles, and shifts to the point where I spent a solid three years of Mother’s Days alone… without my children, two of whom were toddlers at the time.  Talk about pain… I learned something from those sad, weepy Mother’s Days.  I learned that for all women, Mother’s Day isn’t a happy occasion.  For many, Mother’s Day is a reminder that a mother has been lost, that a woman who meant everything is no longer on this planet to do anything.  It could be a reminder that a mother-daughter relationship cannot be saved or that the relationship that exists will never be what the mother OR daughter hoped it would.  It can also be a reminder that a mother is without her children, children who are no longer on the earth, no longer in her home, or no where to be found.