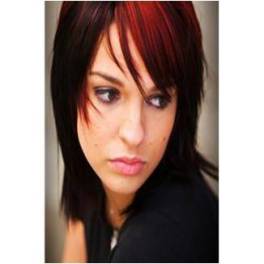 Over the next 3 posts, I’m going to dive into some woman breadwinner psychology, namely the psychology of self-confidence.  When a woman leads her life from a place of overachievement, perfectionism, and meticulous attention to follow through and performance, it can seem like this woman has AMAZING levels of self esteem and self confidence.  To everyone who knows her, she’s a rock star.  She underpromises and overdelivers.  She multi-tasks to no end.  There’s seemingly no problem she can’t solve and no issue she can’t handle.  To the outside world, the woman breadwinner is a force to reckoned with.  But, far too often, what appears to be solid on the outside can be crumbling on the inside.  And no where is this more prevalent than in the woman breadwinner who conquers it all but, deep down, wishes she didn’t have to.

Being the person who is predominantly responsible for major life choices (finances, child rearing, buying a home, a car, moving, professional advancement) is tough no matter what gender you are.  For women breadwinners, it’s compounded by the fact that she lives in a world where people still believe that men ought to do what she does, where she may believe that she “should” have the right to not be in this role the moment she doesn’t want to (i.e. when she has a baby and would rather stay at home for a while or is fed up with the bureaucratic non-sense in her work environment and would like to take six months off to write and paint or pursue a life dream but can’t because she’s the one maintaining the family livelihood), and the guilt that comes with trying to do so much but knowing that somewhere along the way, some part of life will get less of her than she would like.  It all boils down to ovewhelm.

Well, the woman breadwinner gets frustrated, angry, resentful, and begins to question why she isn’t receiving MORE help, MORE support, why she’s even in a place where she feels stuck in a role that other people have gotten completely accustomed to her doing.  But, what’s interesting about women breadwinners who find themselves in this “stuck” place, is not where they are but the root of why they are there.  It’s not because their husbands aren’t breadwinners or more supportive or because they have a lifestyle that can’t be downsized to accommodate desired changes.  When we’re blaming others for our unhappiness, we think it’s about the money and the bills.  We complain about it being because we’re not getting enough help.  We nag and whine and throw pity parties because we believe we’re stuck in this position when that’s not the truth at all.

The truth is this: when a woman breadwinner feels stuck in her life and abandoned by her inner circle, she’s not angry because other people aren’t doing enough.  She’s worried because, deep down, she believes that she isn’t ENOUGH…

For the woman who’s used to overachieving and excelling far beyond most people she knows, there’s always an inkling of fear that says, “How long will you be able to keep this up?” or “What would happen if you couldn’t keep this up?” or “Who would do this if you weren’t here?”  That fear drives her frustration.  It builds the illusion that she’s stuck being the workhorse in her family and the indentured servant to her lifestyle because she falsely believes, in the presence of this fear, that if she were no longer DOING, she would no longer BE the powerful woman she is.  And that simply is a LIE…

You see, a woman breadwinner standing in her own divine feminine power will hear that voice of fear and will respond back with one simple statement:

She’ll trace back to every problem she’s ever faced and conquered, every situation where she was backed into a corner and had to fight her way out, every dark night of the soul where she cried and prayed and still got up the next morning grateful to be alive.  In that moment, as she reviews every miracle of her history, she will be reminded of the blessing of every fiber of her being and she will announce to the world what truly is the key to her success: Every single step of the way, God was with her.

The divinely powerful woman breadwinner reminds herself often that nothing she accomplished was done on her own, with human hands and a human heart.  EVERYTHING she attained, she was brought to through seen and unseen forces.  She ushered in her blessings by openly using her talents.  She walked through the darkness of places she did not know and could not see a way out of and, every time, God brought her through.  She didn’t buy into being lost or wounded because she knew that every experience of her life was on purpose and in the moment that she is reminded how divinely powerful the process of life is, she breathes, she laughs, and she steps out of the place she once called stuck because she now remembers that her power doesn’t stem from what she does but from who she is and WHOSE she is.

Don’t worry about being stuck.  Don’t focus on the fear.  Remind yourself that who you are IS ENOUGH.  Whatever comes, you can handle it.

Real love knows no conditions... so if ‘they’ love you only when you’re perfect, only when you’re doing things for them, only when you agree with them or any other ‘only’ out there, know one thing for sure: ‘they’ don’t love you... and you need people who will love the imperfect you unconditionally. Make that a non-negotiable for ANY relationship in your life.
ARE YOU AFRAID TO BE YOURSELF? ——————————————————— Meaning... 💫Do you camouflage who you are? 💫Do you play small so others can feel big? 💫Do you downplay your achievements, results and personality? 💫Do you pretend like you don’t know things you know? 💫Do you tiptoe around how you really feel about things to avoid conflict? ———————————————————No judgment on answering ‘Yes’ to any of the above. We’ve all been there. ———————————————————And here’s the thing: only you can decide to stop any of the playing small behavior. Only you can choose to stop apologizing for being who you are. Only you can be the woman who’s unafraid to be herself... ———————————————————And, that woman, when in her full power, is UNSTOPPABLE. So don’t postpone the inevitable. ———————————————————Decide today to be someone who is unafraid to be herself.
NOTHING HAS TO BE DECIDED TODAY... 💫You might want your entire life figured out right now. 💫You might feel like it’s the start of a new year so you need to get your ducks in a row and your life in order. 💫You might even feel like you’ve been postponing making a pivotal life decision for YEARS and you want to force yourself to finally make the decision. 💫And all of the above are valid points... HOWEVER, no great decision is made in a rush. 💫You don’t have to decide today... That’s an important thing to remember when you get the urge to figure your entire life out in a matter of months. 💫Rushing to make a decision just so you can say you made the decision will not move you to your highest good. 💫Give yourself whatever amount of time you need to figure things out... and to be sure that your decision is a reflection of your standards, not falling prey to old life patterns. 💫The best thing you will ever do, when it comes to making major life decisions, is to give yourself both the space and time to decide what you want, why you want it and to make sure that what you’re deciding reflects your hopes and not your fears. Give yourself time...
THE EXCUSE: “It’s not time yet.” THE TRUTH: It’s ‘time’ whenever you decide it is and, in most cases, the ‘right’ time is always NOW. ———————————————————-Maybe it’s time you decided that your new beginning starts now...