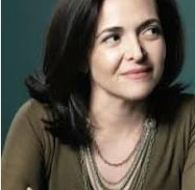 The debut of Sheryl Sandberg’s book, “Lean In” has made a tremendous splash in the media.  It has everyone talking.  Although I haven’t read the book in full as of yet, I’ve watched many of Sheryl’s interview as well as her TED Talk that inspired the book.  At first glance, I love her message.  It’s empowering, inspiring, and exactly the catalyst for a dialogue about feminism and women’s rights that is long overdue.  But… when I dive in a little deeper and read the articles and points brought about by Sandberg’s critics, it leaves me with more questions than answers… and that, for women breadwinners, is a great thing.

For the woman breadwinner, the problem with leaning in isn’t simply that we are already doing that but that we have learned how to do it so well that far too many of us lean in, achieve a lot, and find ourselves just as unhappy as our mothers or grandmothers were in being stuck in the house raising kids.  So the question becomes: where’s the happy medium?  How do women breadwinners run the show, be present in the home, and still lean in?  And that’s where the problem with leaning in shows up…

At the end of the day, Sheryl Sandberg’s message is vital… and flawed.  It’s for some and not for all.  The key is to take from it what empowers and question the rest.  The questions will draw from your inner knowing the answers only you can give…